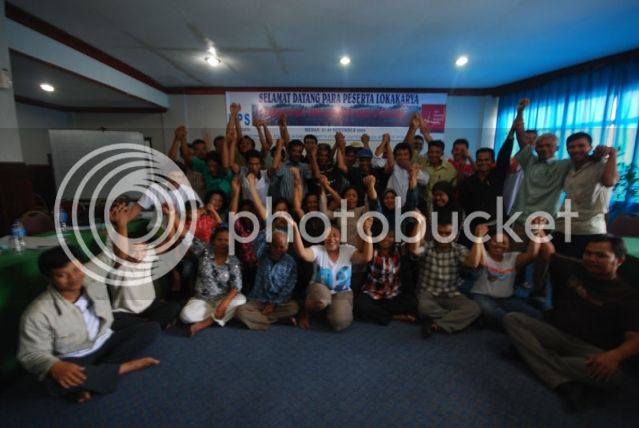 Indonesia has been the world largest palm oil producer in the world. With total 7.3 million ha palm oil plantation—around 77% is concentrated in Sumatra island—absorbing around 2.5 million workforces, Indonesia’s annual output is around 20 million tons. The government is planning to accelerate the growth in this industry by giving licenses to investors to open additionally two million hectares of plantations. The industry so far has absorbed around 4 million workforces.

On 28-29 November 2009, AMRC and partner organized a workshop to discuss the impact of palm oil plantation expansion on the livelihood of the community. The workshop was also to build a solidarity between peasants and workers in a form of cross sector alliance.

Full story: http://amrc.org.hk/node/1253 The report attached at that site contain the mapping of impacts of plantation expansion on the community. peasants and workers.